A brief history of hemp

Never has there been such a controversial and politically fraught plant as hemp. Originally from the Indian subcontinent, hemp has been cultivated by humans for thousands of years, mainly for its strong fibres and medicinal uses. The first evidence of its use was unearthed in China, where hemp fabric from as far back as 1122-249 B.C. was discovered. In Britain, its use as rope and fabric can be traced back to before the Romans. During the British Empire, hempen rope was integral to the voracious fleets of ships that conquered the world. For centuries, governments around the world legislated for its production, unfortunately more often than not for its contribution to patriotic war efforts. It also clothed, healed, nourished and provided canvases on which to write. However, up until the last few decades, it has been mired in a shroud of mythology and misinformation, stultifying its inexorable positive contribution to both people and planet.

Unsurprisingly, much blame for this impediment can be placed at the feet of the United States. The problems stemmed from an epic error in botanical distinction. As is well documented, marijuana and hemp are part of the same family: Cannabis sativa. The former gets you high, whereas it would take an exorbitant amount of hemp to have any psychoactive effect. In fact, hemp should rightly be understood as anti-marijuana as it contains the cannabinoid compound called CBD that blocks the psychoactive effect of THC in the nervous system. This was all lost in translation by the U.S drug authorities, and the two were lumped together, despite the federal government’s efforts to distinguish their differences. Thankfully, vast swathes of the world haven’t failed to notice the nuances so patently obvious in science, and now 31 countries have legislated for the industrial growth of hemp. The U.S. is now effectively playing catch up, and at the start of 2015 the House of Senates agreed to an amendment to the Controlled Substances Act, which now excludes industrial hemp from the definition of marijuana. The world’s largest hemp consumer can now legally contribute to its production, according to state law. 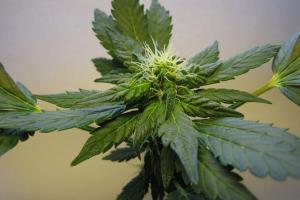 Hemp is a miracle crop

Once the fog of misinformation clears, what stands before us is one of the most versatile multi-purpose plants of the temperate world. With over 25,000 recorded end products, some enthusiasts claim hemp is a miracle crop. Hemp grown in Britain is processed into an impressive array of natural products, such as insulation, biodiesel, paper, horse bedding, and the non-woven converting industry, which supplies automotive companies.

Not only does hemp make great products, but it also has hugely significant benefits for the environment. The Eden Project states that hemp is “a potential flagship crop for the 21st century” due to the minimal damage and actual benefits that its growth has on the planet. For example, hemp is six times stronger than cotton, and can be grown with 10% the water of this conventional crop. Hemp can be used as bio-diesel or biomass fuel and is carbon neutral because any CO2 created in its burning is offset by the carbon being absorbed in growing. It can also be made into concrete that locks up more carbon than is released in its production. It is also a no-brainer in the production of paper, where trees cut down to make paper take 50 to 500 years to grow. Hemp can be cultivated in around 100 days, with a yield of up to four times more paper over a 20-year period. There is also evidence that suggests that hemp is an excellent rotation crop, which has an ability to reduce pests and weed growth and also improve the yields of the primary crop. Furthermore, any product made from timber or petroleum can be sustainably derived from hemp, including plastic. And the list goes on.

No wonder there has been so much effort made by the powerful to demonise and silence hemp as it is a panacea to so many of our contemporary ills, created by governments and corporations whose very existence and policies are called into question by the versatility of hemp. And this is where my friend’s clothing clothing company THTC, the UK’s award-winning ethical brand fits in, by utilising one of the world’s most political plants to speak truth to power through its ethos and designs. Established in 1999 by brothers Gav and Dru Lawson, THTC is an ethically driven clothing label that produces eco-friendly and politically conscious street wear that brings thought-provoking issues such as climate change, sustainability, fair working wages and social mobility to the forefront of fashion.

Their designs effectively invert how hemp was once used during war efforts by slowly tying a hemp noose around corporate imperialism, government greed, wealth inequality and human rights violations. Never has it been cooler to literally wear your politics on your sleeve. 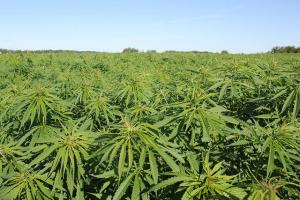