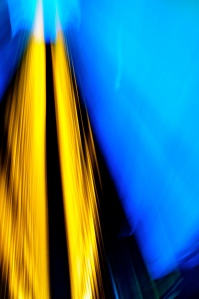 A juncture is a space of unkowing laden with opportunity.

So, what do you do then?

This is a question that often crops up in those perfunctory small-talk conversations that you are either forced or cajoled into by societal norms. Right now, I am struggling with my response, and London is not the kind of place where people want to hear that you simply don’t know.

Before I went travelling in the Americas, I had a strong sense of identity. I was studying a master’s in Human Rights at a prestigious university; I was heavily involved in political activism, and was respected for my contribution to the international solidarity movement’s efforts to delegitimise the racist state of Israel. I had purpose, I had direction and I had passion for a cause. I had a home, a fat cat that snored at the end of my bed, a wardrobe, a personal trainer and the semblance of a fairly stable life in London.

In a post-2008 world, in which employment opportunities were scarce, I decided that I would throw caution to the wind, and leave England as soon as I had submitted my final thesis. I would step into the unknown. My aims were high, and perhaps impossible. I set off with a bag laden with literature, a few items of clothing, a Frisbee and a head full of questions.

Throughout the year in which I had the privilege to explore some of the world’s most stunning places, I was rarely able to engage on a very deep and meaningful level with the people I met about what I was actually doing, even though I was studying Spanish and Portuguese whilst travelling.  I sought to avoid staying in hostels and guesthouses with other travellers, who primarily spoke English. I was aiming for a more authentic experience, whatever that means. This meant me fumbling around in broken syntax and a lot of gesticulation, laughter and confusion. Of course, when I did speak with people that had had access to a decent education and spoke some English, discussions about my unemployed status often arose. I would reply confidently that I was de-politicising for a little while, so as to reconnect with the beauty and potentiality of humanity to be kind. I’d spent so many years absorbed in literature that described how horrendous the world is, and how rapacious, and exploitative people were. It was a healthy and revitalising period for me in which I would try and start from a position of love, patience and understanding, rather than a deep sense of unease. 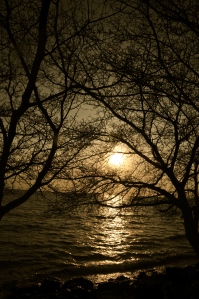 On Baru Island, my faith in humanity was restored.

During this time, I dramatically cut down on the amount of dark material I engaged with. I fiddled with my social networking sites so that I stopped being bombarded with stories of death and destruction. And one evening as the sun snuck away to illuminate someone else’s day, I felt that connection with humanity again. This realisation, coupled with an acceptance that I was not suited to a career in the documentation of the casualties of violence, whether structural or direct, opened up a world of possibilities. I could do human rights without having a nervous break down. I could do human rights, social justice, emancipatory work, whatever you choose to call it, without being enveloped in sadness and frustration. This was a huge awakening for me.

I always knew that when I came back to London to work out the next phase of my life, that it would be challenging. At first, I found myself projecting different realities onto people.

She’s so sorted. She’s bought a house. He’s got a career. They are getting married. They all know exactly what they want, where they are going in life. They have a strong sense of direction.

Of course, this is extremely far from the truth, but my internal voice kept shouting these falsities at me. When I got to London, my fears around being asked the question, so what are you doing, grew. Surely at 35 you should have a job, partner, home and sense of direction. London is a city of knowing. It is a city of, I work here, and I do this. There seems like little space for uncertainty, transition and junctures.

Rather than cower, I respond with confidence that I have no idea where I want to live, or what I want to do. I am in a state of unknowing.

Get involved in the fascinating discussion below in the comments section.

34 thoughts on “A state of unknowing”